Want to know which one of your marketing campaigns is causing the lead to reach your MQL threshold? You can stamp this information on the lead by creating two new fields and creating two processes using Salesforce Process Builder. Once the information is available on the lead record, you can pull reports to show which campaigns have triggered the most leads to become an MQL.

To stamp the lead record with the last campaign at MQL, we will create two processes within Process Builder: 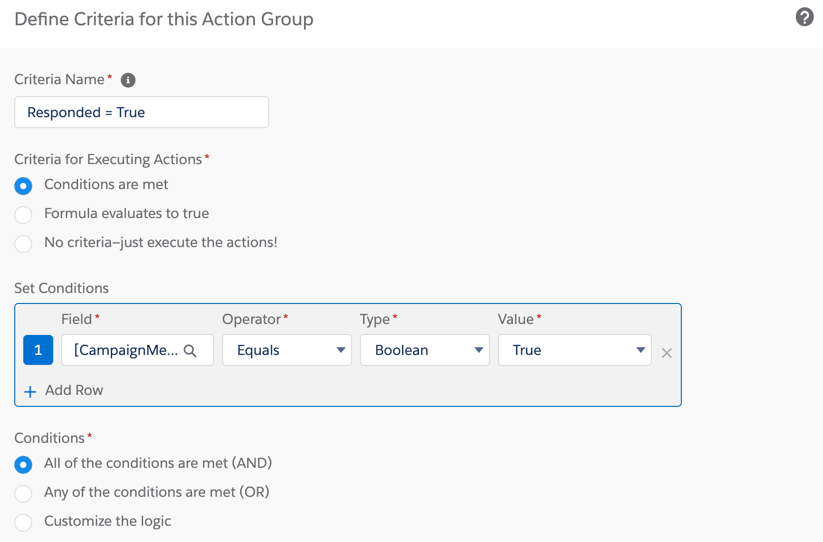 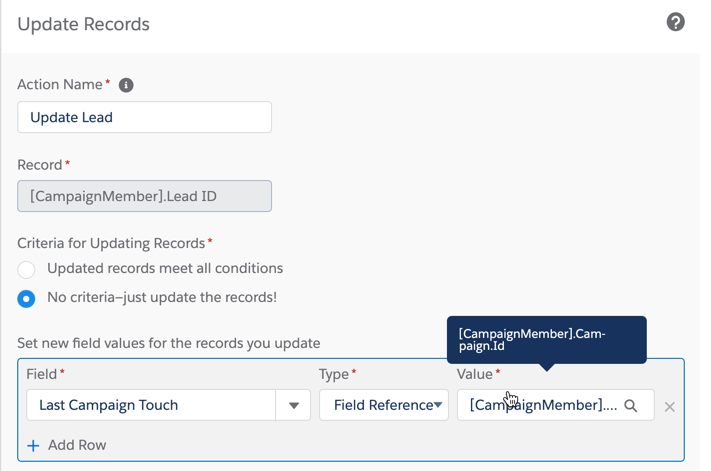 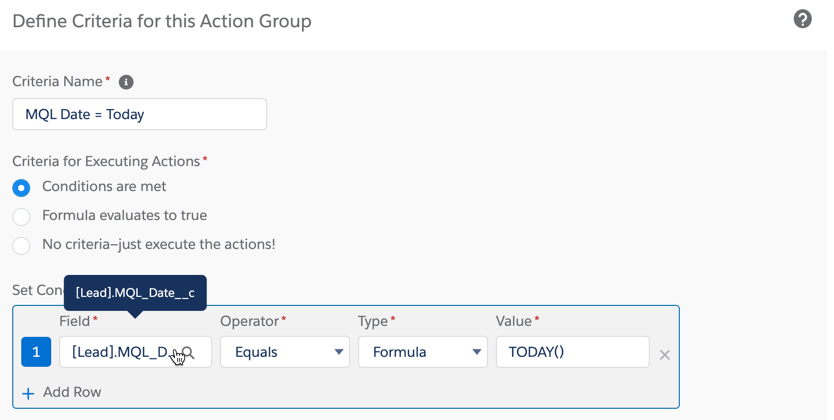 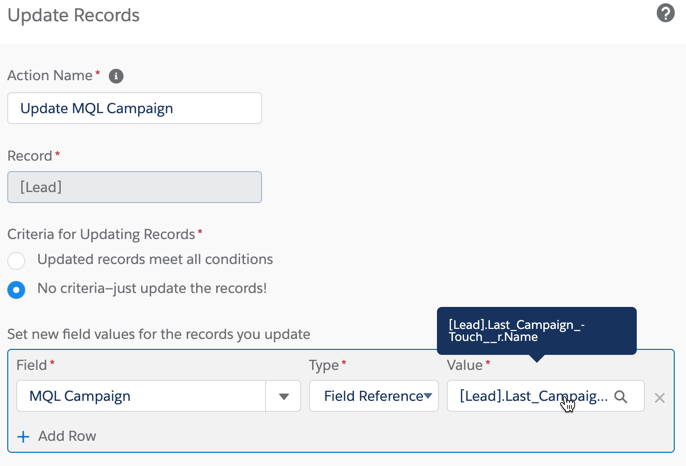 To test your processes, create a new test lead and add the lead to a campaign. Set the campaign member status for the lead as responded and then refresh your lead to see if the Last Campaign Touch field is populated with the correct campaign ID.

Next, update your test lead to become an MQL and see if the MQL Campaign field populates with the campaign name.

Add your test lead to another campaign and see the campaign member status as responded and check to see if the Last Campaign Touch is updated and MQL Campaign is NOT updated.

Once the information is available on the lead, you can pull a lead report and group by the MQL Campaign field to show how many MQLs can be attributed to each one of your campaigns.

Quick Tip: How To Bulk Create Campaigns in Salesforce

How to Create a Campaign Calendar in Salesforce